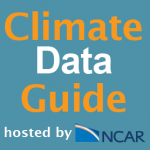 The SSMIS data have been carefully intercalibrated on the brightness temperature level with the previous SSM/I and therefore extend this important time series of ocean winds, vapor, cloud and rain values.