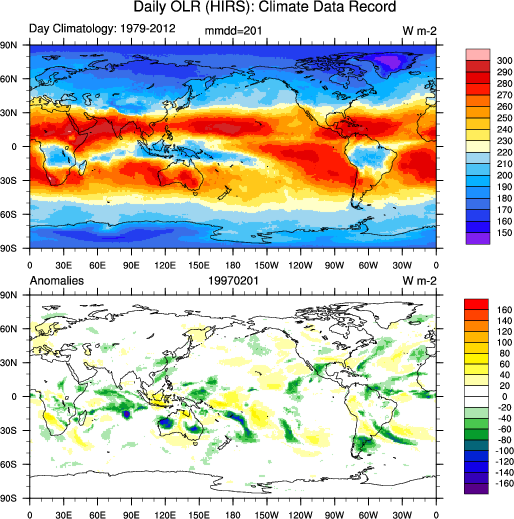 "The new Climate Data Record (CDR) provides daily global climate data that are valuable as inputs into Radiation Budget Studies and verifying numerical models and can identify the variations in tropical clouds and rainfall that drive global weather patterns. The daily climate data of OLR can provide radiance observations at a 1.0x1.0 Degree resolution, creating aconsistent long term climate record of observations since 1979 .

OLR (Outgoing Longwave Radiation) is a measure of the amount of energy emitted to space by earth's surface, oceans and atmosphere. As such, it is a critical component of the earth's radiation budget. In a different context, OLR values are often used as a proxy for convection in tropical and subtropical regions since cloud top temperatures (colder is higher) are an indicator of cloud height.

OLR estimates are a key component for the standard Madden-Julian Oscillation (MJO) CLIVAR diagnostics which are used to study the MJO and for climate model evaluation. 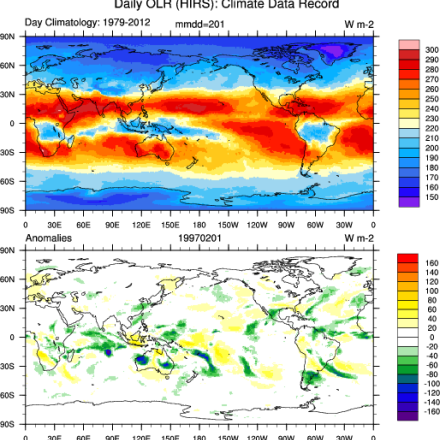 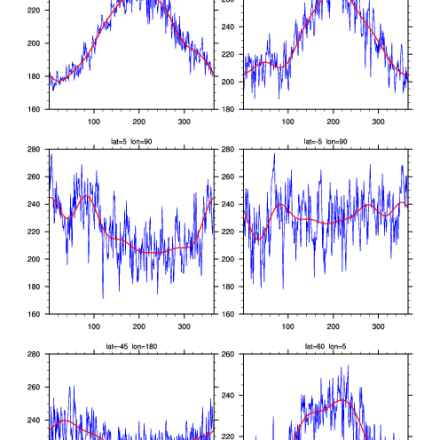