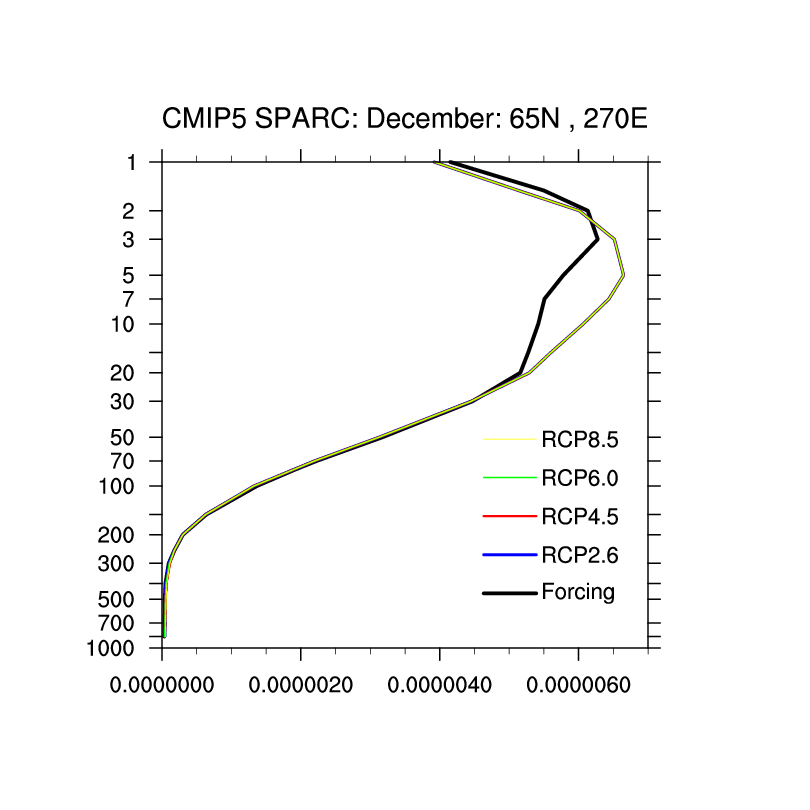 "The AC&C/SPARC ozone database covers the period 1850 to 2100 and can be used as forcing in climate models that do not include interactive chemistry. The historical part of the AC&C/SPARC ozone database spans the period 1850 to 2009 and consists of separate stratospheric and tropospheric data sources: (1) A multiple linear regression analysis of SAGE I+II satellite observations and polar ozonesonde measurements is used for the stratospheric dataset during the well-observed period from 1979 to 2005. The regression includes terms representing equivalent effective stratospheric chlorine (EESC) and the 11-year solar cycle variability. The EESC regression coefficients are used to extrapolate that data back in time, and form a stratospheric ozone time series backward to cover the entire historical time period 1850-2006. (2) Tropospheric data are derived from the chemistry-climate models Community Atmosphere Model (CAM) version 3.5 and the NASA-GISS PUCCINI model. Both models simulate tropospheric and stratospheric chemistry with feedback to the radiation and were driven by the recently available historical (1850-2000) emissions succinctly described in Lamarque et al. (ACP, 2010)." 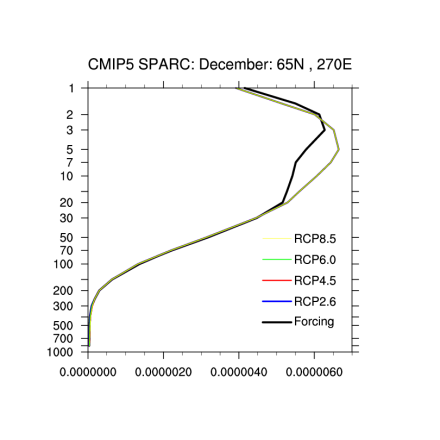 Vertical profile of December Forcing and RCP climatologies at (65N,270E). All the RPC are overlayed showing that they are identical. Units (mole/mole) 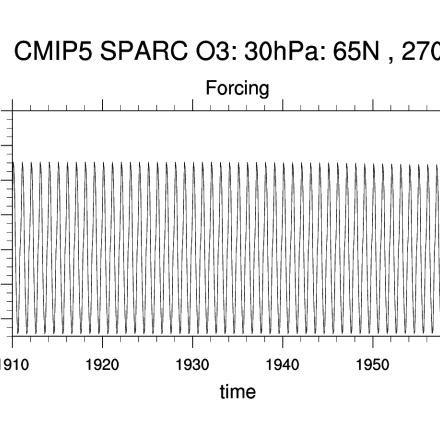 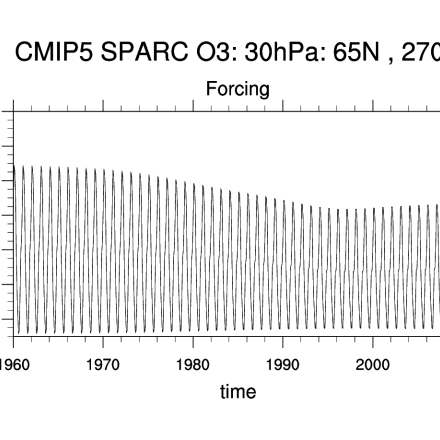 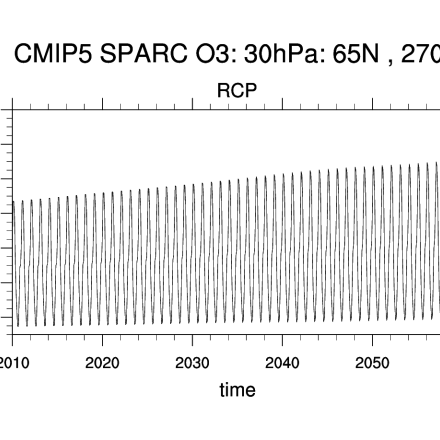 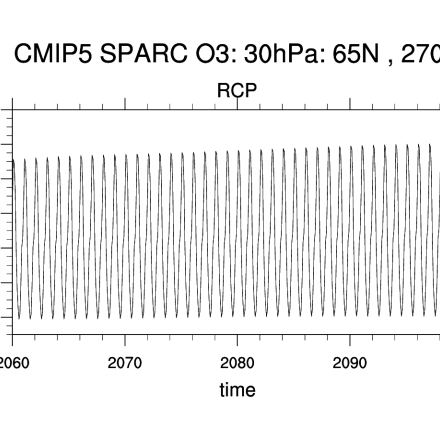 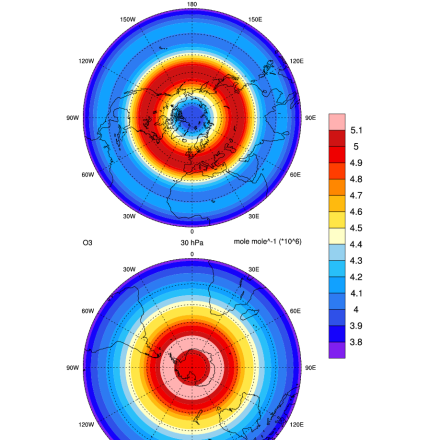