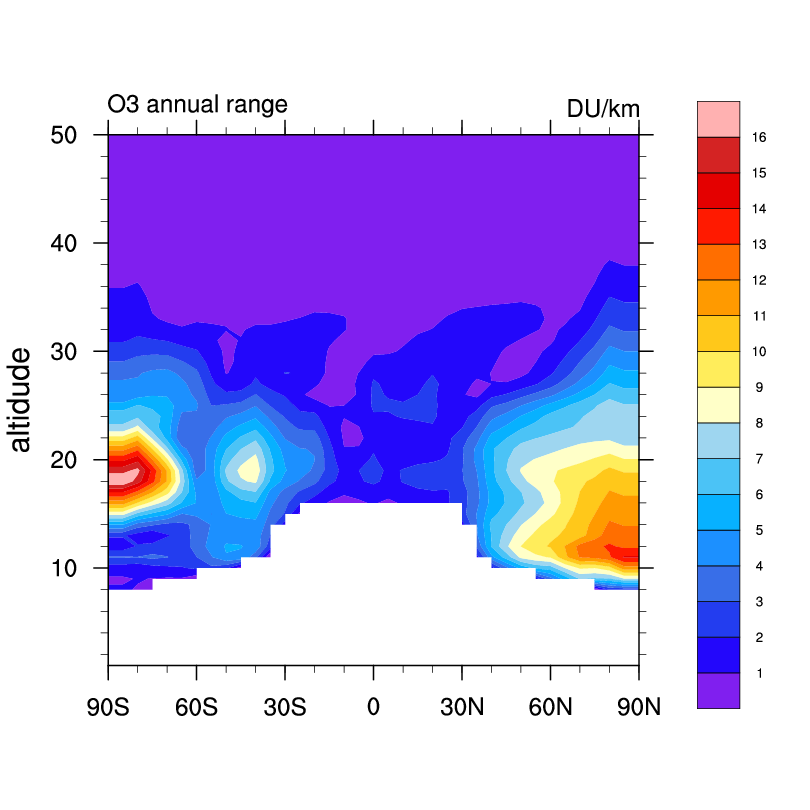 This is a monthly, zonal-mean ozone profile data set spanning 1979–2005 for altitudes from the tropopause up to 50 km. Interannual variability is based on a combination of SAGE (Stratospheric Aerosol and Gas Experiment) satellite profile measurements and polar ozonesondes.  The interannual anomalies were added to a climatology from Fortuin and Kelder (1998). This dataset was used as boundary conditions (forcing) for many CMIP3 historical experiments. For CMIP5, the ACC/SPARC project formed a global ozone data set by combining a similar data set for the historical stratosphere with other measurements and modeling to include the troposphere and extend the data set to 2099. Both Randel and Wu (2007) and the ACC/SPARC data are considered to have relatively conservative trends in lower stratospheric ozone over 1979-2005 (see Hassler et al., 2013 and Solomon et al., 2012).

Low-frequency variations due to trends, solar cycle and QBO are well-characterized by SAGE measurements

Estimated ozone variability and trends over midlatitudes are in good agreement with ozonesonde data.

Less SAGE coverage in the polar regions. While this was mitigated by inclusion of Resolute and Syowa radiosonde data for the NH and SH, respectively, the Antarctic ozone depletion may be underestimated

#The following was contributed by Bill Randel (NCAR), February, 2013:

The Randel and Wu (RW) stratospheric ozone data set was constructed by combining interannual ozone anomalies (derived from SAGE I+II satellite measurements and polar ozonesondes) with a background ozone climatology from Fortuin and Kelder (1998), to give a monthly global ozone data set covering 1979-2005. Description of the data and comparison of the interannual anomalies with independently measured column ozone variability is described in Randel and Wu (2007). The interannual anomalies are constructed using a multivariate regression fit to the gappy satellite measurements.  The data are intended to accurately capture seasonal and interannual variability associated with long-term decadal trends (including development of the Antarctic ozone hole), along with the 11-year solar cycle and stratospheric quasi-biennial oscillation (QBO).

Weaknesses: The data are focused on low-frequency interannual variability that is well-characterized by SAGE measurements (trends, solar cycle and QBO fits). The effects of the large volcanic eruptions of El Chichon (1982) and Pinatubo (1991) on stratospheric ozone are not included, as there were no observations during these periods (El Chichon occurred during the break between SAGE I and SAGE II, and SAGE II measurements after Pinatubo were unavailable due to excessive aerosol contamination). Also, month-to-month ‘natural’ variability of ozone is not included in these data.

Conversions for comparisons to model output: no

Comparable data sets: The historical, stratospheric component of the ACC/SPARC ozone data set (Cionni et al, 2011) is based on a data set very similar (but not identical) to RW.

Uncertainty characterized: Not explicitly. Comparisons to the global column ozone measurements (shown in RW) suggest an overall reasonable depiction of large-scale ozone variability and trends during 1979-2005.

Summary: The RW data set was intended to provide a simple global compilation of ozone variability and trends during 1979-2005 for use in forcing or evaluating global models. It has been highly utilized in the community.## 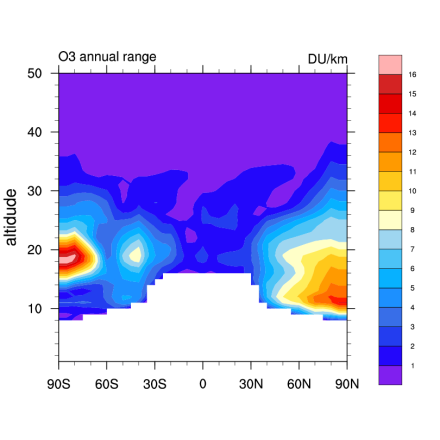 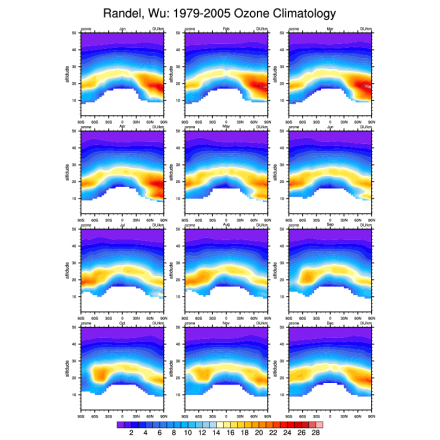