CARINA: Carbon in the North Altantic

The CARINA (CARbon dioxide IN the Atlantic Ocean) data synthesis project is an international collaborative effort of the EU IP CARBOOCEAN, and US partners. It has produced a merged internally consistent data set of open ocean subsurface measurements for biogeochemical investigations, in particular, studies involving the carbon system. The original focus area was the North Atlantic Ocean, but over time the geographic extent expanded and CARINA now includes data from the entire Atlantic, the Arctic Ocean, and the Southern Ocean. Carbon data from the Pacific Ocean are being synthesized in the PICES effort.

The CARINA database includes data from 188 cruises. The salinity, oxygen, nutrient, inorganic carbon system and CFC data have been subjected to extensive quality control and adjustments have been made when necessary. The internally consistent data are available as three data products, one each for the Arctic Mediterranean Seas, the Atlantic and the Southern Oceans (CARINA Data Products). In addition, all of the individual cruise data files have been made available in WOCE exchange format in a single location (Cruise Summary Table) along with metadata and references. We strongly recommend users to employ the data products instead of the individual cruise files as the data in the latter have not been corrected for biases identified during the secondary QC. The CARINA effort is further described in the following as well as in the CARINA special issue of Earth System Science Data (ESSD) Journal.

Note: CARINA is complementary to GLODAP in scope (i.e. interior ocean carbon data) and content. There are no data duplications between CARINA and GLODAP.. 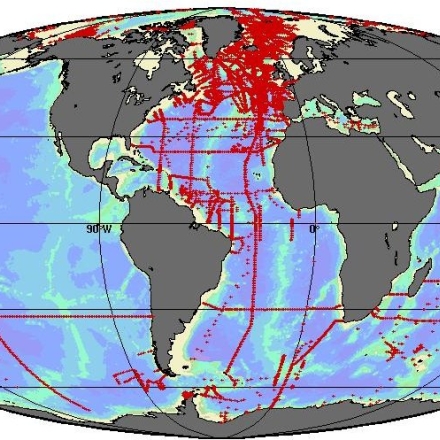 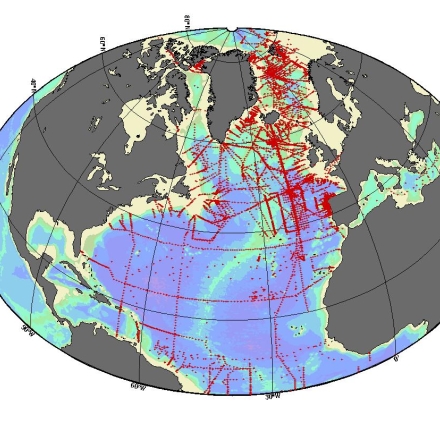 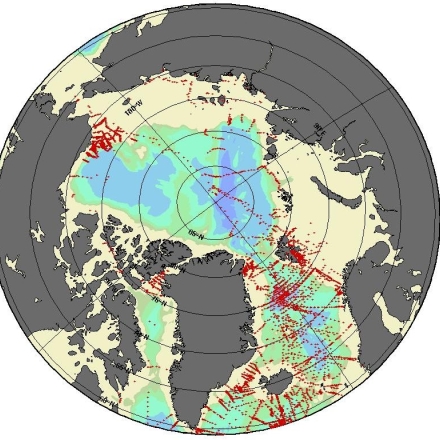 CARINA in the Arctic. Source: http://cdiac.ornl.gov/oceans/CARINA/ 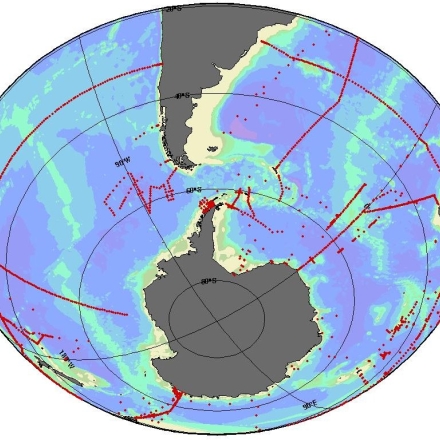 CARINA: Carbon in the North Altantic