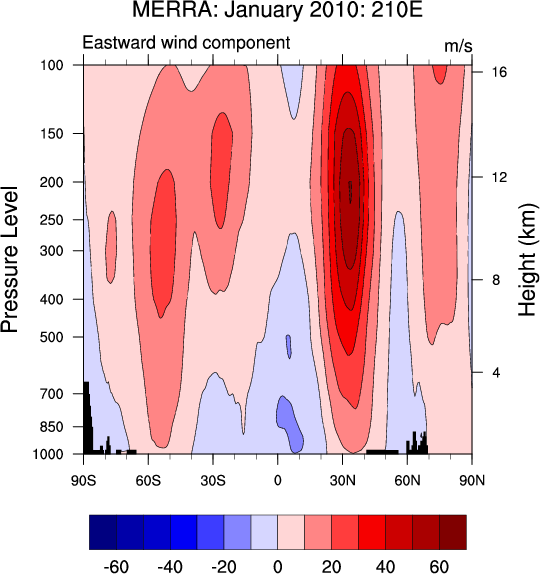 The Modern Era Retrospective-Analysis for Research and Applications (MERRA) was undertaken by NASA’s Global Modeling and Assimilation Office with two primary objectives: to place observations from NASA’s Earth Observing System satellites into a climate context and to improve upon the hydrologic cycle represented in earlier generations of reanalyses. MERRA was generated with version 5.2.0 of the Goddard Earth Observing System (GEOS) atmospheric model and data assimilation system (DAS), and covers the modern satellite era from 1979 to the present. Specifically, the GEOS-DAS Version 5  implements Incremental Analysis Updates (IAU) to slowly adjust the model states toward the observed state.

The original MERRA has been replaced by MERRA-2.

The IAU procedure in which the analysis correction is applied to the forecast model gradually ameliorates precipitation spin-down during early stages of the forecast, and allows for higher frequency output including selected hourly fields

Changes in the observing system strongly affect trends in many fields (as for other reanalyses); for example P-E exhibits spurious increases associated with assimilating radiances from the AMSU starting in 1998 and to a lesser extent, SSM/I in 1987

The assimilation routine is “frozen” and will not be updated for newer satellite instruments, so quality will eventually degrade as current instruments expire

The summary information was written with help from Richard Cullather. Any errors are ours. 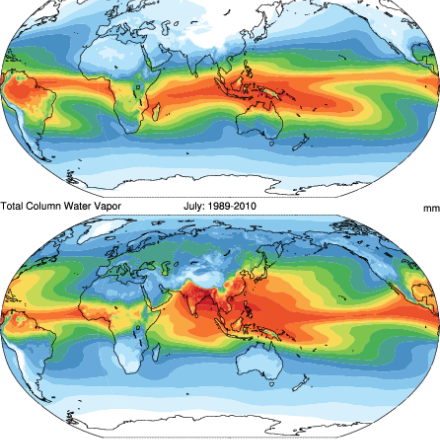 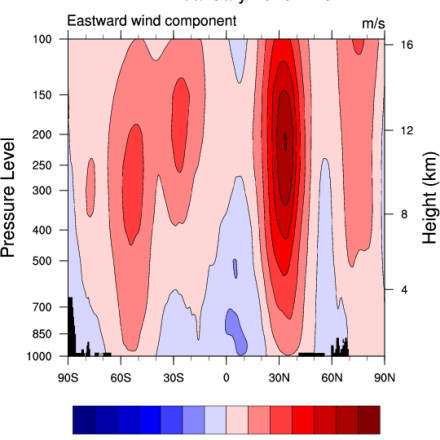 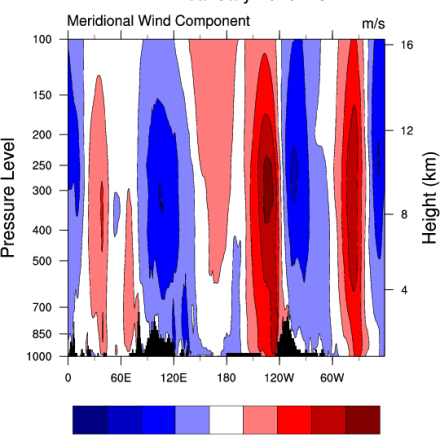