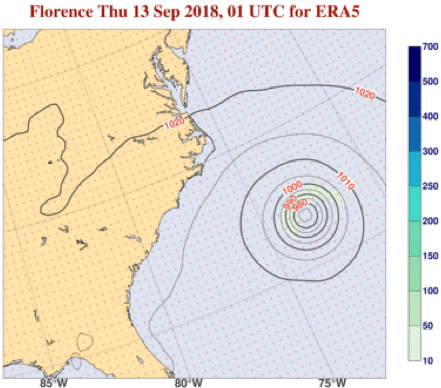 ERA5, the successor to ERA-Interim,  provides global, hourly estimates of atmospheric variables, at a horizontal resolution of 31 km and 137 vertical levels from the surface to 0.01 hPa. Produced by ECMWF, ERA5 presently extends back to 1979; it will ultimately be extended back to 1950. ERA5 represents 10 years of progress made in modeling and data assimulation since the production of ERA-Interim. The numerous improvements and advances are discussed in the Expert Guidance and the cited literature. Although this is an extraordinary product, users still need to be aware of the limitations of reanalysis; two of the major ones are that non-physical trends and variability may be present in the record due to changes in the observing system, and that the climatolgies of some variables, like surface energy fluxes, are not well represented.

Due to stratospheric temperature biases from the years 2000-2006 exhibited in the first version of ERA5, ECMWF have published a new dataset, ERA5.1, which should be used to replace ERA5 for those years, especially for stratospheric studies. Please see the Simmons et al (2020) reference for details. According to Simmons et al. 2020: "ERA5 and ERA5.1 perform very similarly in the lower and middle troposphere. ERA5 products can thus continue to be used with reasonable confidence for tropospheric studies, although once the ERA5.1 data are released for public use there is a marginal case for changing to use ERA5.1 products for all studies involving data from 2000 to 2006."

Spatially and temporally complete data set of multiple variables at high spatial and temporal resolution; better able to resolve features like hurricances than previous generations of the reanalysis

Better representation of the tropospheric circulation

Non-physical trends and variability may be present in the record due to changes in the observing system; for example the introduction of COSMIC radio occultation data in 2006 affects the variability of temperatures near the tropical tropopause

Although a 10-member ensemble is provided, preliminary indications are that it under represents the uncertainties

The following was contributed by Dr. Dick Dee, March, 2019:

ERA5 is the 5th major atmospheric reanalysis produced by ECMWF, following the FGGE reanalysis, ERA-15, ERA-40 and ERA-Interim. The ERA5 dataset provides hourly data on surface and upper-air parameters at roughly 31 km global resolution on 137 levels reaching up to 1 Pa. It also includes the 10 members from the ensemble 4D-Var data assimilation system used to produce the reanalysis, at reduced (3-hourly, 62 km) resolution.

As of this writing (March 2019) hourly ERA5 data are available for the period 1 January 1979 to present. Going forward, daily updates of the dataset will be published within a few days after real time; these should be considered as preliminary and subject to change. Finalised quality-assured updates to ERA5 will be published monthly approximately 2 months after real time. An extension of ERA5 back to 1950 will be completed by early 2020.

ERA5 is a product of the Integrated Forecast System (IFS) release 41r2, which was operational at ECMWF during the period March-November 2016. This IFS release represents 10 years of progress on modelling and data assimilation at ECMWF since the production of ERA-Interim. Numerous model improvements were implemented during this time, many of them leading to major advances in the ability to assimilate satellite data in cloudy and rainy conditions. They include a complete overhaul of the radiation scheme, new treatment of large-scale clouds and precipitation, and the introduction of prognostic variables for precipitating rain and snow. Model boundary conditions and radiative forcing data compatible with CMIP5 recommendations were implemented to support climate reanalysis. These and many other advances relevant to reanalysis are documented in Hersbach et al. 2019, which also describes details of the design of the background error covariances used, observation quality control and bias correction schemes, and other aspects of the use of observations.

Some key improvements in ERA5 relative to ERA-Interim are:

-       Higher temporal and spatial resolution. This is evident in the representation of extreme weather events such as hurricane Florence in September 2018 (Figure 1).

-       Better representation of tropospheric circulation throughout the modern observing period from 1979, as indicated by the evolution of forecast skill (Figure 2).

-       Improved temporal consistency due to assimilation of many newly reprocessed satellite data records.

-       Modest improvements in global radiation budgets, mainly due to improved model data, although net absorbed energy at the surface is still too large.

Changes in the observing system can result in unrealistic trends and variability in reanalysis data, especially where observation coverage is insufficient to constrain biases in the assimilating model. Figure 3 (from Ho et al. 2019) illustrates the issue in terms of the impact of GPS RO data on several modern reanalyses. Prior to 2006 when RO data from COSMIC were first introduced, mean temperatures near the tropical tropopause were strongly affected by model biases. Availability of increasing numbers of RO data eventually resulted in convergence of the four reanalyses shown that assimilated them. Clearly, in this case, trends and variability in the various estimates cannot be trusted prior to 2006.

Two additional examples in ERA5 are:

-       Consistency of the representation of globally averaged temperatures in the mid- to upper-stratosphere has not improved in ERA5, and in fact is somewhat worse than in ERA-Interim. This is due to a combination of factors including large stratospheric model biases in the current ECMWF model, the choice of background error covariances in ERA5 and suboptimal use of radiosonde observations in the stratosphere.

-       Some shifts in tropospheric humidity over oceans associated with the introduction of microwave imager data in the 1990s are still present in ERA5, although to a much lesser extent than in ERA-Interim.

Other areas where further improvement is needed include:

-       The information provided by the 10-member ensemble 4D-Var can be useful as an indicator of state-dependent uncertainties but should be used with care. Preliminary analysis of spread-skill relationships suggest that the ensemble is generally under-dispersive, i.e. the uncertainties tend to be underestimated.

-       As mentioned earlier, surface energy fluxes in ERA5 are slightly better than in ERA-Interim but still far from realistic. Experience gained with the experimental CERA-20C centennial reanalysis (Laloyaux et al. 2018) suggests that better results can be obtained in a fully coupled atmosphere-ocean reanalysis.

Reanalysis as an operational service

ERA5 is the first reanalysis produced by ECMWF as an operational service rather than a research project. The development, production, data storage, data access and user support services for ERA5 are fully funded by the European Union under the Copernicus Earth Observation Programme. Climate reanalysis is a central element of the Copernicus Climate Change Service, which is implemented by ECMWF on behalf of the European Commission.

Incorporation within the Copernicus programme of reanalysis activities (including fundamental work on input observations) ensures sustainable development of future reanalyses as well as improved data access under free and open data policies.## 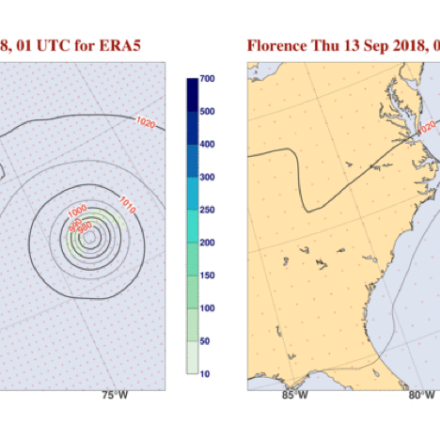 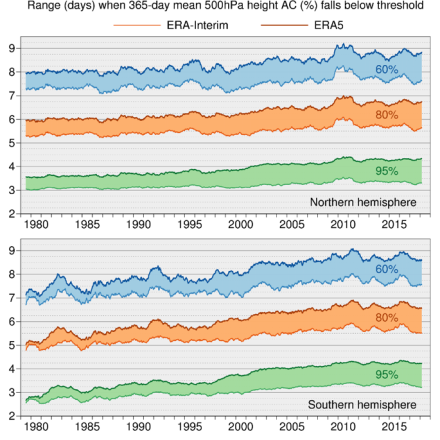 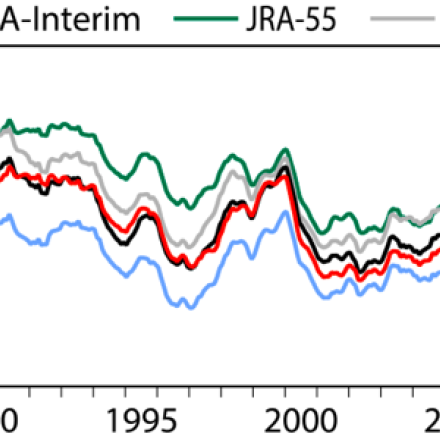 Figure 3 (from Ho et al. 2019): Twelve-month running mean temperature (ᵒC) at 100 hPa averaged over the tropics (20°S to 20°N) from five global reanalyses. All assimilate GPS radio occultation (RO) data after 2006 except MERRA (light gray line). RO observations from COSMIC are available from April 2006 to end of period (September 2018). Other RO missions from which data are assimilated in at least one of these reanalyses include CHAMP, MetOp, GRACE-A, SAC-C, TerraSAR-X, FY-3C and TanDEM-X. From the time COSMIC RO observations begin to be assimilated, the average temperatures of the four reanalyses that assimilate these data converge while the MERRA temperatures remain significantly higher.(contributed by D Dee)