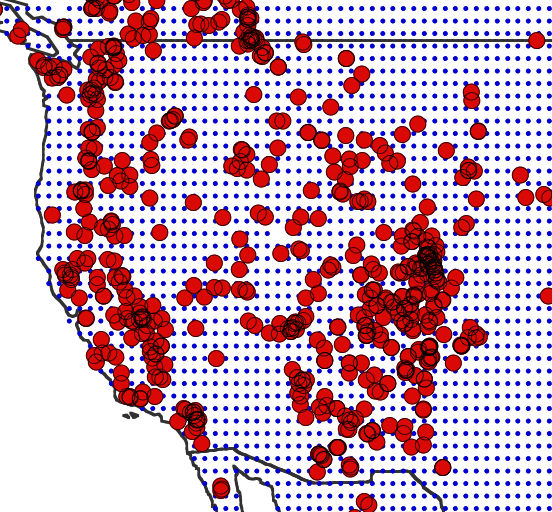 Tree-ring drought atlases provide a paleoclimate analog to modern drought indices, most commonly the Palmer Drought Severity Index (PDSI).  Produced on a regular lat-lon grid for regions such as North America, Europe, and Australia, these centuries-long datasets are convenient for comparisons with climate model experiments and historical data on human populations and ecosystems.  The target variable for drought atlases, the PDSI, is typically averaged over the summer months when trees are actively growing.  As such, the current generation of drought atlases are not well suited for studies of cool-season hydroclimate except in areas where cool-season precipitation dominates. The statistical reconstruction method provides detailed maps of reconstruction quality in the form of calibration and validation statistics. These should be consulted for skill at the grid point level before use. Regional averages are often better than the skill indicated for the individual grid point reconstructions. Tree-ring drought atlases are perhaps best known for the discovery of large-scale, medieval megadroughts.

Paleoclimate analog of the instrumentally based PDSI

Reconstruction quality is not always uniform across the spatial domain

Although the summer PDSI is reconstructed, the seasonality of precipitation contributing to it may be quite different across space and time

The array of drought atlases produced thus far are all based on the same basic reconstruction method called ‘Point-by-Point Regression’ or PPR (Cook et al., 1999). The user is requested to read this paper to understand the basis of PPR and why it was developed as the method of choice for developing the drought atlases. Later drought atlases (e.g., the MADA and OWDA) are based on an expanded ensemble version of PPR, but the underlying method remains the same. Please read Cook et al. (2010b, 2015) for descriptions of this ensemble method. Among the commonly reported statistics for all of the drought atlases produced thus far are maps of PPR calibration and validation statistics that express the level of statistical quality or skill of each grid point reconstruction. These can be found in the primary drought atlas references provided here (e.g., Figure 2). It is highly recommended that use of the drought atlases at the grid point level be based in part on the estimated statistical quality of the reconstruction provided because not all areas of the grid will be reconstructed equally well. However, experience has shown that the regional patterns of reconstructed hydroclimatic variability are frequently better in quality than the individual grid point validation statistics indicate. It is also the case that the skill of the grid point reconstructions may be artificially compromised by the declining quality of the instrumental-based gridded PDSI target field used. See Cook et al. (2010b) for an example of this problem, which seriously confronted the development of the MADA. For this reason, the drought atlases have also been compared to known historical droughts (and one pluvial) prior to the instrumental data period to further validate them. The results of those additional validation tests have in general been excellent.

Even so, the user should always exercise care when using the drought atlases for specific interpretative purposes. Contact me by email (drdendro@ldeo.columbia.edu) if there are any questions.## 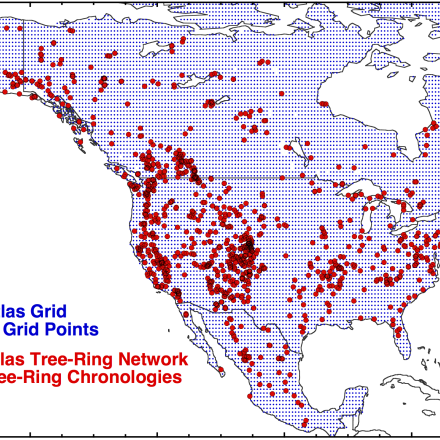 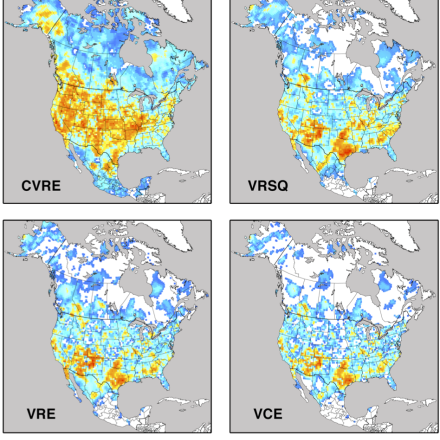 Figure 2. Calibration period (CVRE) and validation period (VRSQ, VRE, and VCE) mapped statistics for the LBDA reconstructions. See Cook et al. (2010a) for a description of these particular statistics and their interpretation. (provided by Ed Cook)