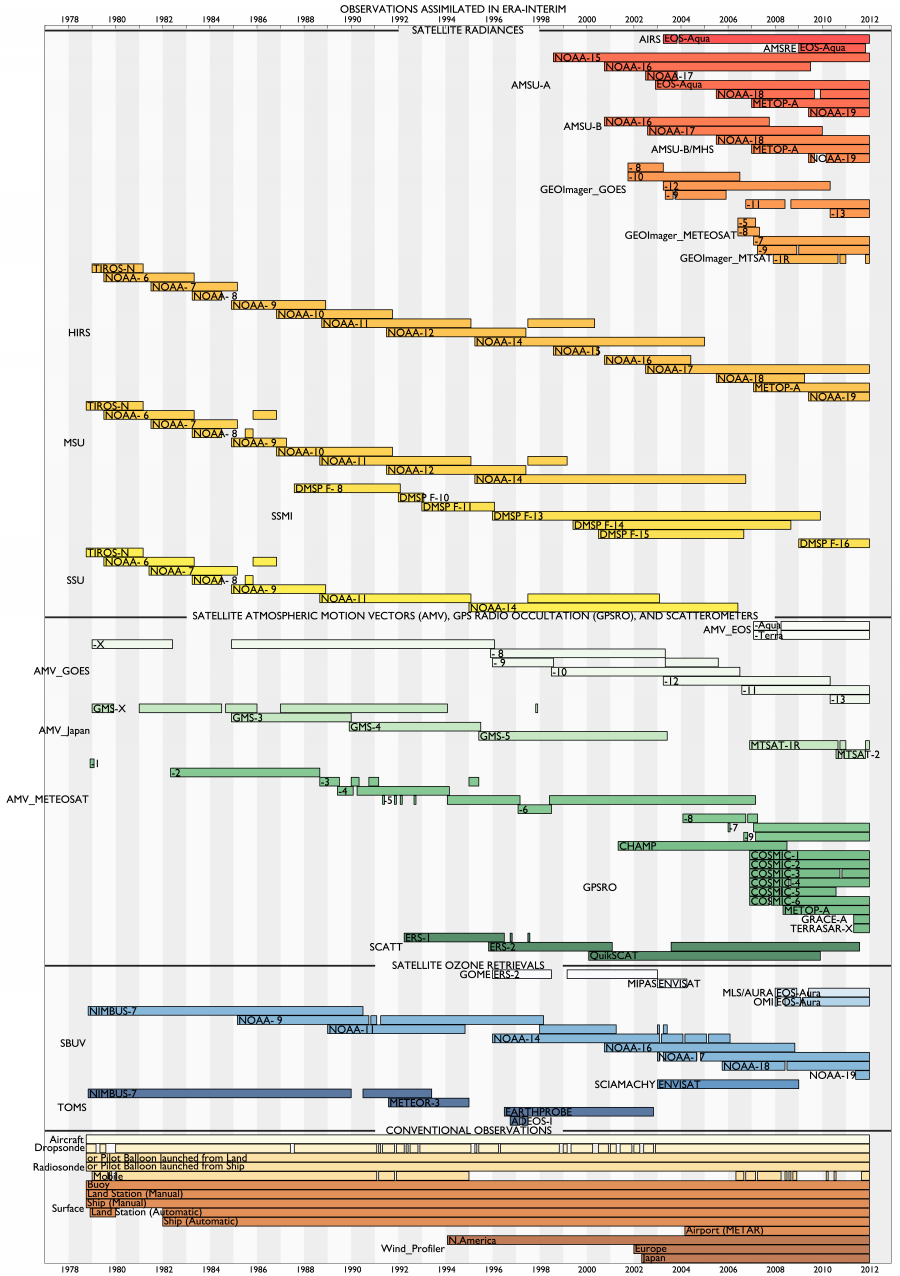 Using a much improved atmospheric model and assimilation system from those used in ERA-40, ERA-Interim represents a third generation reanalysis. Several of the inaccuracies exhibited by ERA-40 such as too-strong precipitation over oceans from the early 1990's onwards and a too-strong Brewer-Dobson circulation in the stratosphere, were eliminated or significantly reduced. ERA-Interim now extends back to 1979 and the analysis is expected to be continued forward until the end of 2018.

The successor to ERA-Interim, ERA5, is available back to 1979 as of January, 2019. It provides hourly estimates of atmospheric variables, a horizontal resolution of 31 km and 137 vertical levels from the surface to 0.01 hPa. ERA5 will ultimately be extended back to 1950.

Too intense of a water cycling (precipitation, evaporation) over the oceans

In the Arctic: positive biases in temperature and humidity below 850hPA compared to radiosondes; does not capture low-level inversions

The following was contributed by Dick Dee (ECMWF), March, 2012 (some of this has been excerpted and placed on the reanalysis overview page):

Progress (relative to ERA-40) was made in the following areas:

A list of known quality issues with ERA-Interim is maintained by the producers at http://www.ecmwf.int/research/era/do/get/index/QualityIssues. These include the following spurious shifts in ERA-Interim time series related to changes in the observing system:

In addition, the ERA-Interim snow analyses from 1 July 2003 to 23 February 2010 are affected by a geo-location error introduced during the processing of NESDIS snow cover data. Data locations were shifted by about 100km toward the South-East, causing incorrect removal of snow in some coastal areas in the Northern Hemisphere during winter.

Assessing the quality of reanalysis data

Most users do not have access to the information needed to answer the difficult questions listed above. On the other hand, producers of reanalysis data do not have the resources (nor the application-specific knowledge) to answer them either. The challenge is to provide better tools and information to support users in making their own uncertainty assessments. In particular, it should be made much easier for a user to get detailed information about the observations used in reanalysis, including the quality assessment and bias adjustments produced by the reanalysis process itself.# 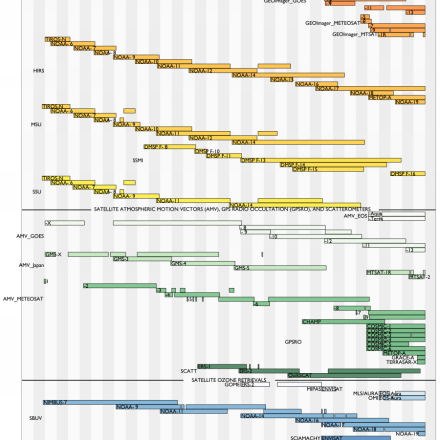 A timeline of the complete observing system used in ERA-Interim. Figure produced by Paul Poli. (Contributed by D. Dee) 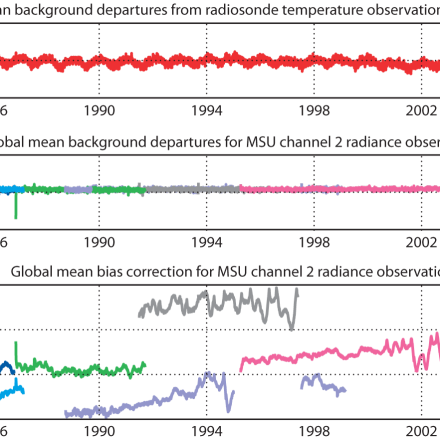 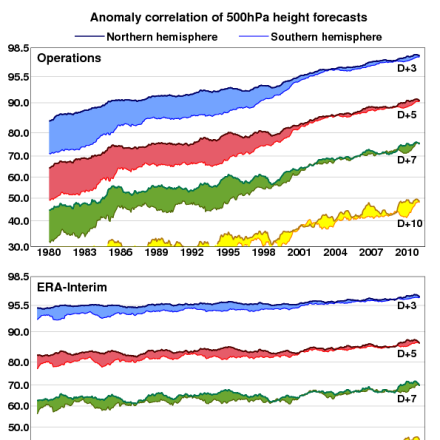 Evolution of skill in ECMWF operational forecasts (top panel) and in re-forecasts produced by the ERA-Interim system (bottom panel). Colored plumes show anomaly correlations for 3-day, 5-day,7-day and 10-day forecasts of 500hPa geopotential height, averaged for the northern and southern hemispheres. Comparing the top and the bottom panels helps separate the effect of changes in the observing system. Figure produced by Adrian Simmons. (Contributed by D. Dee)

Most in-situ and satellite data used in numerical weather forecasting, including satellite radiances