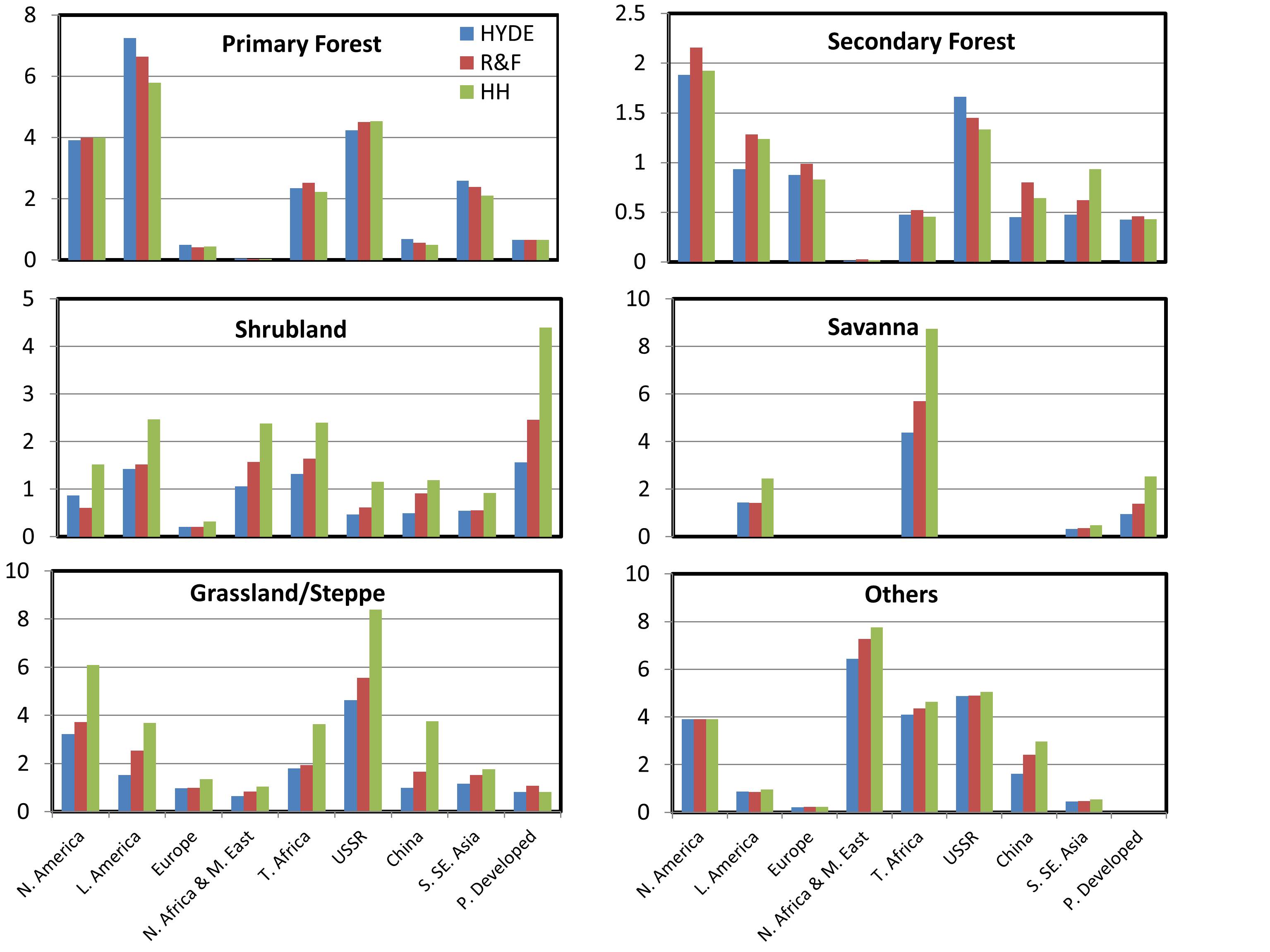 A set of three estimates of land-cover types and annual transformations of land use are provided on a global 0.5°x0.5° grid at annual timesteps. The longest of the three estimates spans 1770-2010. The three estimates use three different data sets of cropland and pastureland. Common input data sets are of wood harvest and urban land. The three estimates use a consistent methodology, and start and end with common land-cover maps, taking different courses from the starting map to the finish map. The land-cover maps are reported as the percentage of grid cell area containing each of 28 land cover types. The land-use conversion maps are reported as the percentage of the grid cell area transformed for each of 92 possible land-use conversions. The resulting land-cover maps are intended to be useful for studies involving interactions between land-cover and climate, biophysics, biogeochemistry, and the global water and carbon cycles. Users should be aware that the estimates are a function of the methodolgy and assumptions made and the sensitivities to the assumptions have not been fully analyzed.

Data include influence of major land use activities such as crop land, pastureland, urban land, and wood harvest

The three estimates use consistent methedologies and start and end with common land cover maps. Three plausible pathways provide estimates of uncertainty on a regional basis

The following was contributed by Prasanth Meiyappan (U Illinois), September, 2012:

1. Uses a globally consistent methodology for all three reconstructions. The annual land-cover maps and underlying land-use transitions are consistent with each other.

2. Land-Cover maps for recent years are consistent with satellite estimates.

3. All three reconstructions start and end with a common land-cover map, but in varying pathways. Hence, these distinct historical reconstruction offer a wide range of plausible regional estimates of uncertainty and the extent to which different ecosystems have undergone changes.

1. Effect of shifting cultivation not included due to lack of sufficient information.

2. Land-Cover maps are a strong function of methodology and assumptions made. A systematic analysis of sensitivity to assumptions made is beyond the scope of this study.## 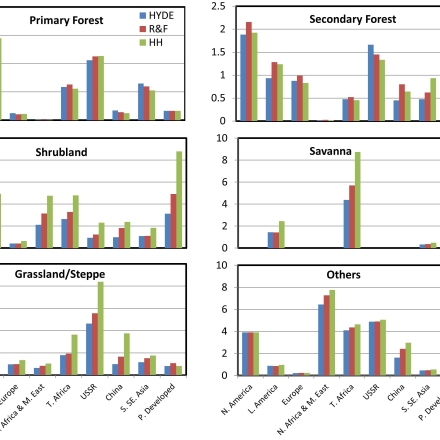 U Illinois / P Meiyappan and A Jain