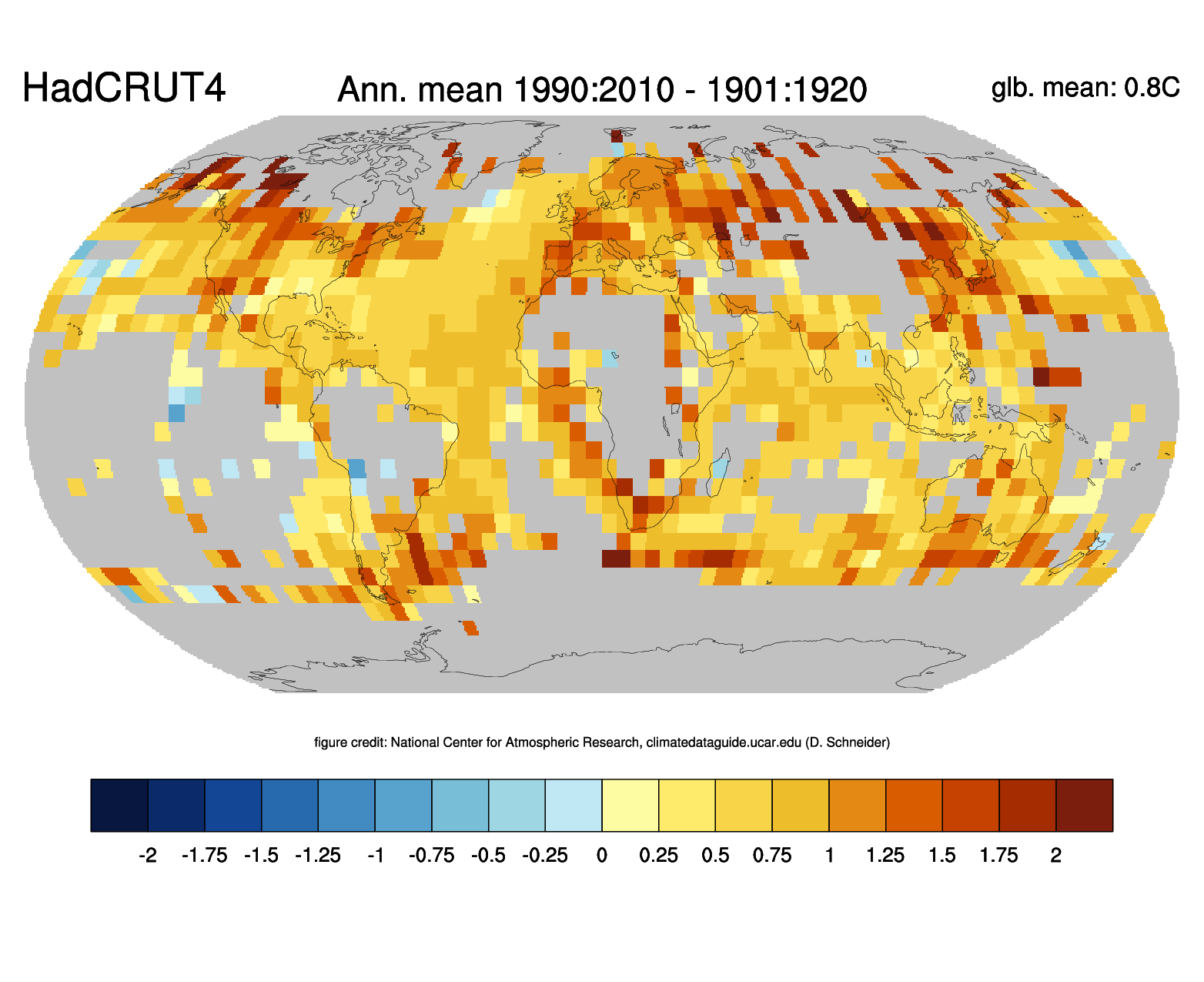 Extending back to 1850 and frequently updated, HadCRUT4 is the longest data set of its type. HadCRUT4 is a combination of the global land surface temperature data set, CRUTEM4 and the global SST data set, HadSST3. HadCRUT4 is different from the most closely comparable products (e.g. NASA GISTEMP and NOAA MLOST) in that no interpolation is performed. As such, there are many coverage gaps; this may be a limiting factor in regional analyses but hemispheric and global means are very consistent with other data sets. Extensive analysis has been done to characterize uncertainties arising from non-climatic factors, for example changing instrumentation and observing practices, changes in station location, and changes in local land use. The resulting distribution of uncertainty is presented as an ensemble of 100 realizations of the data set. Individual ensemble members may be accessed via the Met Office webpage, though many users will likely focus on the ensemble median fields that are distributed online by CRU, Hadley Centre and other organizations.

In late 2020, the Met Office Hadley Centre released HadCRUT5. HadCRUT5 is offered in two different versions. The first version is similar to HadCRUT4 in that no interpolation has been performed to infill grid cells with no observations. Major updates include using HadSST4 in place of HadSST3, as well as enlarging the ensemble size to model the uncertainty distribution. The second, "analyzed" version is an infilled, globally complete dataset. More details on HadCRUT5 will be published on the Climate Data Guide soon.

Grid-box averaging only; less analysis and smoothing/interpolation than comparable data sets for both land and ocean domains

In part due to these coverage gaps and in part due to the SST analysis, HadCRUT4 tends to under-sample recent global-mean surface warming relative to similar datasets from NOAA, NASA, and Berkeley Earth 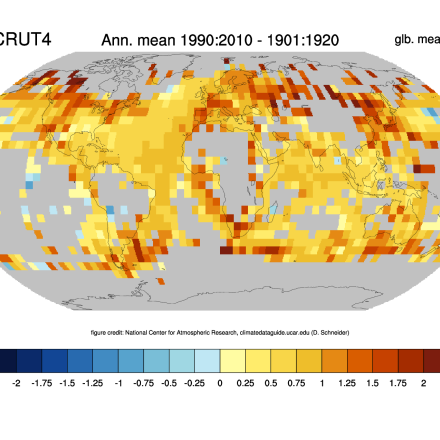 Change of annual mean temperature between 1901:1920 and 1991:2010 based on the HadCRUT4 dataset. Credit: ClimateDataGuide, NCAR 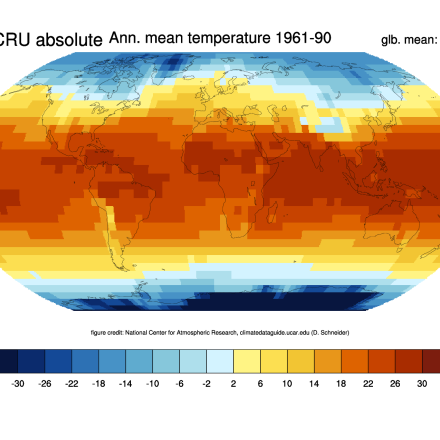