A climate index is a simple diagnostic quantity that is used to characterize an aspect of a geophysical system such as a circulation pattern. A variety of methods have been used to derive assorted indices. Classically, selected station, grid point or regional average data have been used (eg., Southern Oscillation Index, Nino 3.4). Other indices are based upon empirical orthogonal functions (EOFs; eg., Artic Oscillation, North Atlantic Oscillation (NAO), Northern Annular Mode, (NAM)) or a rotated EOF (REOF; eg, Pacific-North American). Most indices use a single variable (eg., sea level pressure, sea surface temperature anomalies, geopotential height, precipitation) while others, such as the Palmer Drought Index (PDI) use a combination of variables (eg, temperature and precipitation). Most commonly, anomalies from an arbitrarily defined base period (eg; 1950-79) are the values used. Unfortunately, some indices are known by several names: eg, the Southern Annular Mode (SAM) is also known as the Antarctic Oscillation (AAO). Also, some indices have minor controversial issues. For example, the physical distinction from NAO and North Pacific indices is not completely agreed upon by researchers. These issues can result in user confusion. Further, use of different source data sets, different base periods and, where applicable, different normalizations can yield different index values.

A number of websites provide excellent descriptions of one or more of the climate indices. In addition, some provide index data.

Raw monthly values are noisy; need to be smoothed 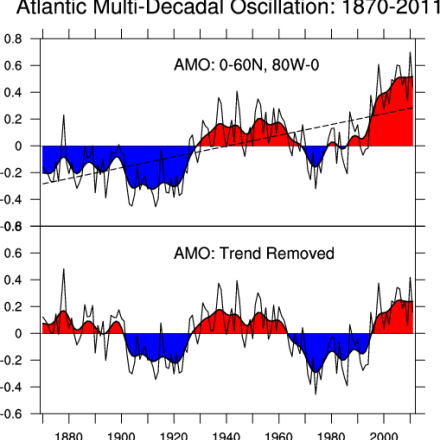 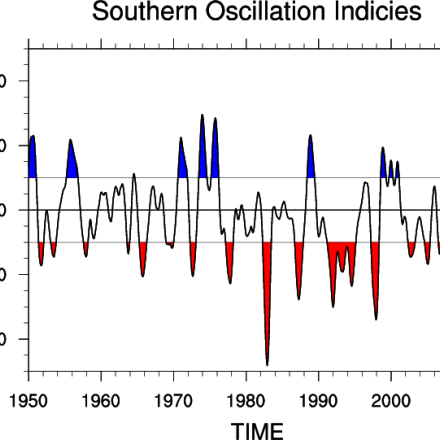 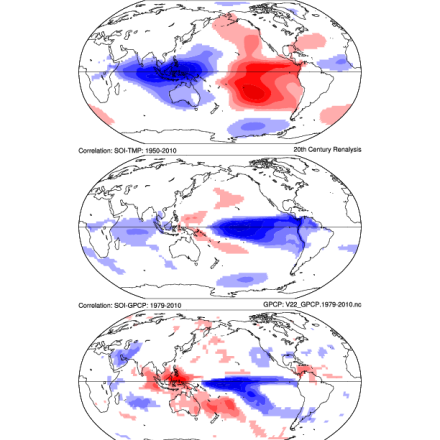 Time series of the various NAO and NAM indices. They are highly correlated. [CLimate Data Guide; A. Phillips]

The NAM pattern (top) explains ~24% of the extended winter-mean (DJFM) variance, and is clearly dominated by the NAO structure in the Atlantic sector. Although there are some subtle differences from the regional pattern of the NAO (EOF1 of DJFM North Atlantic SLP; bottom) over the Atlantic and Arctic, the main difference is larger amplitude anomalies over the North Pacific of the same sign as those over the Atlantic. This feature gives the NAM a more annular (or zonally-symmetric) structure. [Climate Data Guide; A. Phillips] 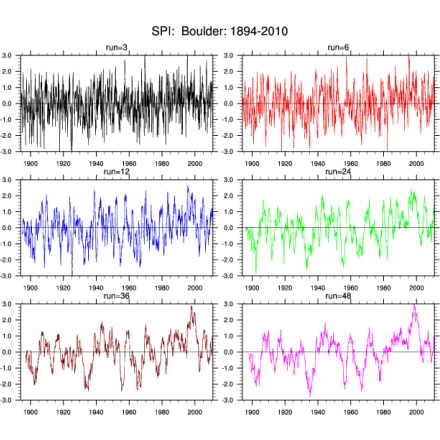 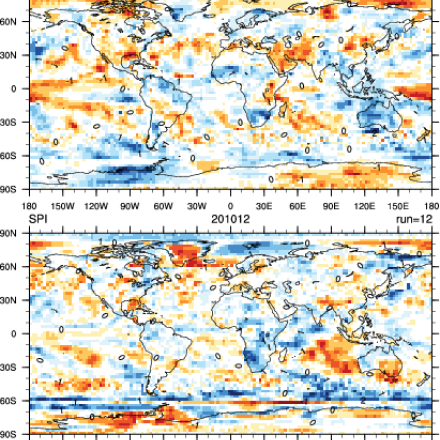 NAO: The principal component (PC) time series of the leading EOF of DJFM SLP anomalies over the Atlantic sector (20-80N, 90W-40E) serves as an alternative index (see Hurrell (2003) and Hurrell (1995) below). The DJFM principal component timeseries is shown below in color, and the station based index is given by the thick black line. The correlation between the two is 0.93 over the period 1899-2013. The black dots on the EOF panel show the location of the stations used in the DJFM station-based index. [Climate Data Guide; A. Phillips]