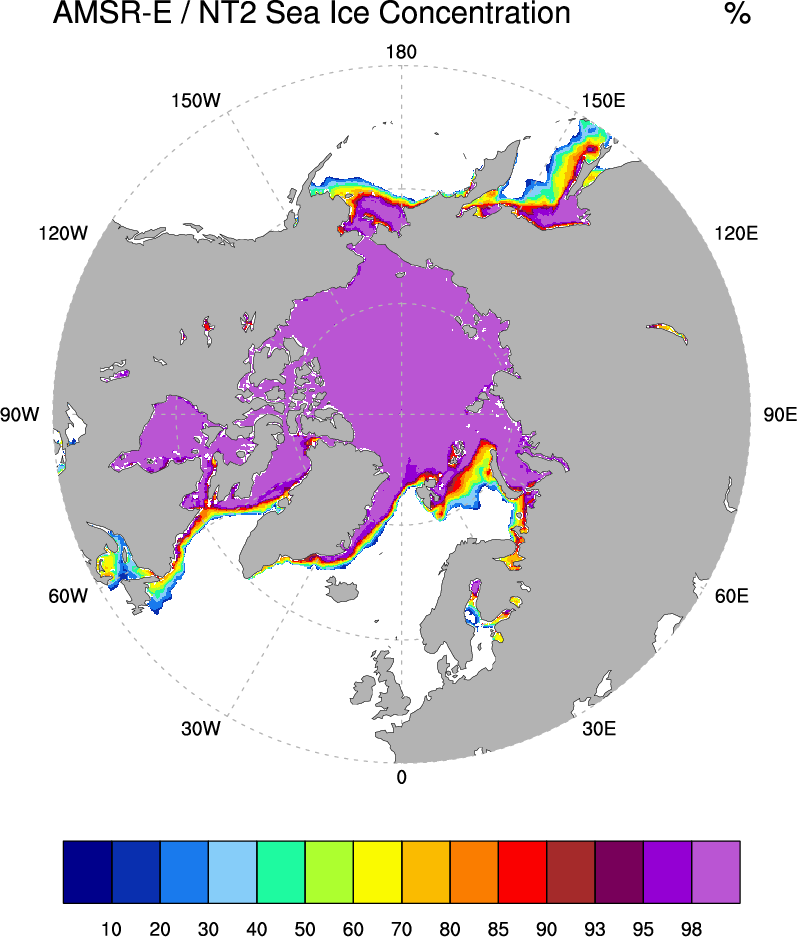 Addresses weaknesses of the original NASA Team algorithm, especially with regards to sensitivity to emissivity variations. This leads to significant improvement in the Antarctic.

Twice the spatial resolution of most other passive microwave sea ice data sets; useful for comparing with high-resolution models

Not currently being updated; AMSR-E failed in Oct, 2011 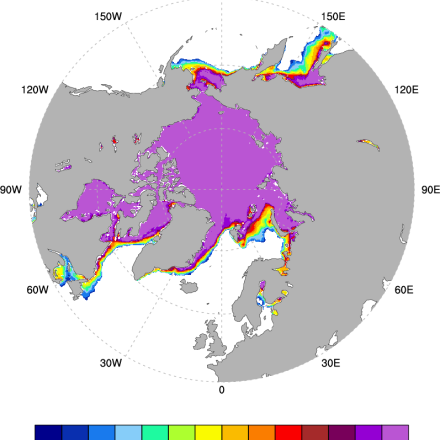