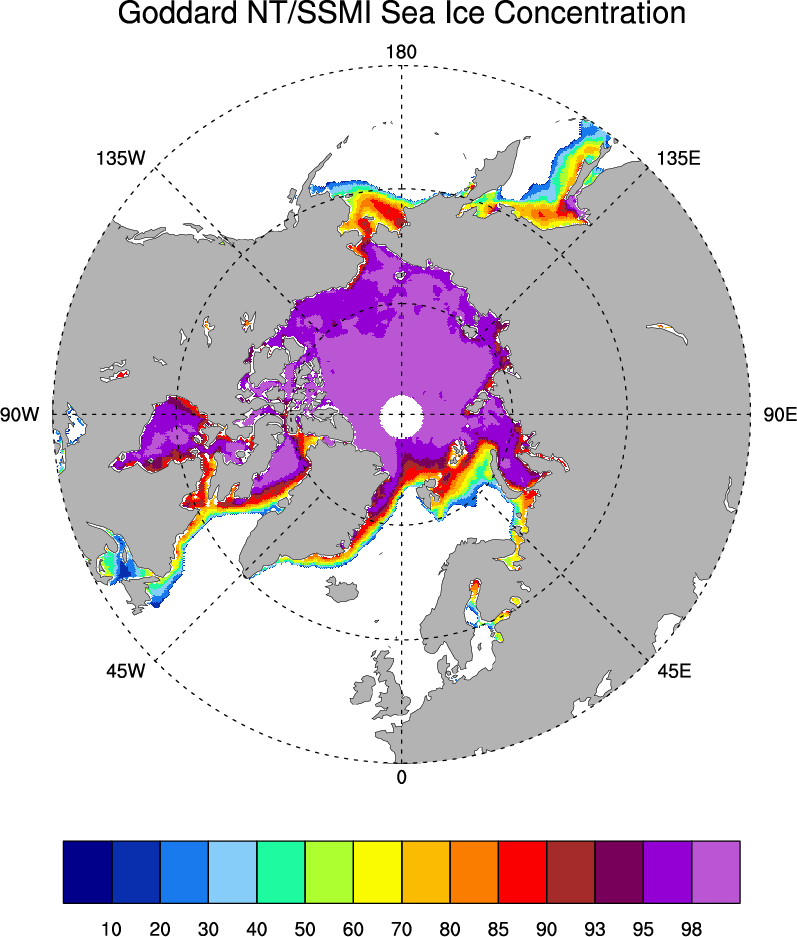 NASA Team sea ice refers to a well-known algorithm used to estimate sea ice concentration from passive microwave brightness temperatures. This page discusses the algorithm itself and the long-term data set ("NSIDC 0051") produced by scientists at NASA Goddard and distributed by NSIDC. The NASA Team data are very widely used and are a key input into other data sets including NSIDC's Sea Ice Index, NSIDC's Near-Real-Time ice concentrations (NISE1 & NSIDC 0081), HadiSST, and NOAA OI. Therefore, users should be aware of the strengths and limitations of the algorithm and the data sets derived from it. Low-biased sea ice concentrations are especially apparent in the Antarctic winter, due in part to the scattering and reflectivity of layers of snow on top of sea ice. Relatively low concentrations are also often apparent in the Arctic, affecting calculations of ice area. A "NASA Team 2" (NT2) algorithm has been developed to address some of the weaknesses of the NASA Team algorithm. However, NASA Team is used for the longest data sets as NT2 depends on the 85GHz channel that was not available on the SMMR (1978-1987).

Tends to under-estimate sea ice concentration compared to ship- and ground- based observations and other algorithms, especially in the Antarctic

Underestimates thin ice and ice with melting or refreezing. Can interpret melt ponds as open water. 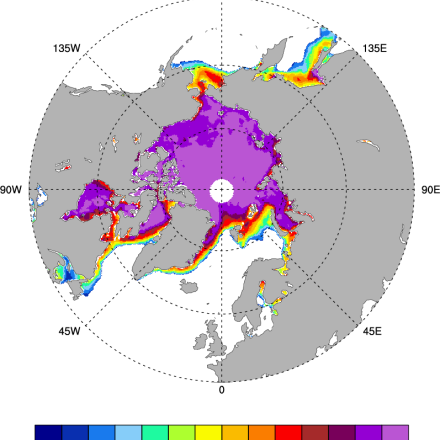